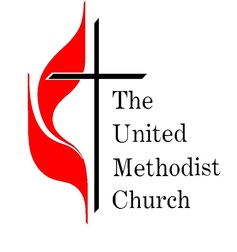 What is a Methodist?
A strange question?   But there are so many Methodists who are only capable of scratching their heads when asked what distinguishes this species of the Christian Church from others.   And outsiders seem to know only that a Methodist is some kind of Christian and that Methodists don't drink  (alcohol).   About the first point they are right,  if very vague; about the second they are a good century behind the times.

First a word of optimism.  The population numbers are healthy even if individual congregations are often quite small.   Methodists belong to a Church with more than 20,000,000 members -  14,000,000 of them in North America. It is a worldwide Church,  strongly represented on every continent - except Antarctica.

Methodist attitudes to creeds and dogmas Although Methodists recite the ancient creeds of the Christian Church with different degrees of belief and acceptance,  Methodists have no single definitive statement of belief of their own.  They don't demand members sign up to a set of creedal statements  nor are they required to believe dogmas and papal encyclicals.  John Wesley himself declared, "The Methodists alone do not insist on your holding this or that opinion;  but they think and let think.   Neither do they impose any particular mode of worship;  but you may continue to worship in your former manner,  be it what it may.   Now I do not know of any other religious society,  either ancient or modern,  wherein such liberty of conscience is now allowed or has been allowed,  since the age of the Apostles.   Here is our glorying;  and a glorying peculiar to us.   What society shares it with us?"

Actually,  modern Methodists use a number of creeds that suit their style  -  modern as well as ancient,  and drawn from many traditions  -  but never one exclusively,  or as a rule of membership.   The Lord's Prayer,  repeated Sunday by Sunday along with millions of other Christians of every tradition, is probably as near as they get to a common creedal statement.

The Bible is a book honored and respected by Methodists,  but it isn't carried into services of worship before the minister,  as is done in the Presbyterian Church as a sign that it is that Church's supreme source and rule of belief and practice.   Methodist preachers,  both ordained and lay,  usually preach from the Bible and follow the Lectionary  (that idiosyncratic annual selection of passages from the Bible to be read aloud during the liturgy),  but they are expected to use their minds when they do so, and challenge and critique the biblical texts when that is necessary.   So are the Methodist congregations to whom they preach.

Like the rest of their generation,  the Wesleys believed in the literal, eternal truth and divine inspiration of every word in the Bible.  Contemporary Methodists are less awe-struck, much more skeptical about such claims for any book (or collection of writings).   We have learned that the Bible's writers are as contradictory,  fallible,  rooted in their own cultures, and individual as any other human authors.   Yet Methodists acknowledge that as a whole the Scriptures are an irreplaceable part of their faith heritage,  and that at their best offer deep wisdom and precious principles and insights that are as applicable and necessary now as they were centuries ago.  Above all, the biblical documents are valuable because they contain virtually the only near-contemporary set of documents recording the life and teachings of Jesus.   Methodists will continue to interpret and study the Bible texts as energetically as they have always done,  but for them the Bible is not the only place where they can hear the Words of God, and Methodists are upset when biblical texts are used as some kind of magic weapon to attack and oppress others.

Methodists have never thought it necessary to develop an elaborate and systematic body of thought about things religious.   They have been comfortable riding on the backs of the theologians of other faith traditions,  and prefer to keep in touch with and share modern theological thinking.  Then what do Methodists believe?   They believe that there is a God of love at the heart of the universe;  they believe that there are three aspects of the nature of God made known to us in many ways  -  God as supreme being;  the man Jesus Christ as the most perfect declaration of the character of God;  and the Spirit, which is the energy and loving purpose of God at work in the world.   That among the many communities we know collectively as the Christian Church  -  fallible,  discordant,  and sometimes as disgraceful as they are  -  there is still enough sense of the religious dimension of life and the presence of God,  still enough treasures and achievements of faith,  and still enough willingness to work for God's good purposes to deserve loyalty and commitment.

Methodists subscribe to the belief that the whole of the universe we inhabit is of worth and merit in the sight of God;  that God delights in our thoughtfulness,  respect and care both for each other and for creation.   Most,  if not all Methodists,  embrace the Wesleyan idea of the priesthood of all believers:  which makes a nonsense of silly and bitter controversies in the Church over gender,  sexual orientation,  theological difference,  and lay/ordained distinctions.   Methodists have been in the forefront of efforts to give children,  lay-folk,  women and gay people proper dignity and respect;  that activity comes from a simple but deeply felt theology of the universal love of God and the infinite worth of creation.

Although at the time of his famous conversion experience John Wesley realized that all his desperate efforts at doing good works had got him nowhere near finding peace of mind and untroubled faith,  he wasted no time in putting his newfound sense of God's love into action.   He strenuously and effectively cared for the poor and those in prison;  his last letter was addressed to William Wilberforce,  urging him to continue his fight against slavery.   And ever since then,  one of the distinctive marks of Methodism has been its direct involvement in helping others,  its passion for a just society,  arising out of belief in a God of love who cares passionately for everyone.

This,  I believe,  is Methodism's truest kind of evangelism.   Not knocking on doors and asking if someone else is 'saved',  not reducing the Good News of the Gospel to a puritanical code of morality,  but addressing the causes of ignorance,  crime and poverty,  discrimination and oppressive behavior.   Bringing hope to people without hope or means of a decent livelihood,  people crushed and overburdened by others,  people marginalized and made desperate;  putting such people first for a change.   In the words of the Deed of Union which drew together all the connections of the Methodist Church in 1932,  'in the providence of God,  Methodism was raised up to spread Scriptural holiness throughout the land'  -  and,  when we understand that old phrase  'Scriptural holiness'  properly, that is still our brief.

For Methodists the world of religion  (like the rest of the world)  is active, developing,  ever-changing and open-ended.   They do not sit easily with ideas of a deep mysterious inner religious world of stillness and perfection, a polar landscape of unchanging spiritual realities and frozen truths;  a world where what was given of insight and truth was given long ago and we must do nothing to recreate or adjust it.   So Methodists are into education:  learning and teaching others,  to keep pace with our athletic God.   John Wesley couldn't abide mute,  ignorant and passive congregations.   In 1739 he founded a first-class school for the children of his preachers.   He pioneered popular education by publishing a Christian Library of over 50 classics,  a concise history of England,  a grammar book,  a dictionary and an introduction to practical music.   Long before the state took over responsibility for general education nearly every Methodist chapel had schools attached to provide general as well as religious education.   Contemporary parish education programs are an important heir of that early tradition.

Another mark of being a Methodist is being respectful and in open relationship with other faiths and religious cultures.  Methodists also seek church structures that allow for a healthy sense of independence and local autonomy,  yet insist on the importance of community and acting together as a 'connection';  an insistence that lay folk matter,  and that church life should demonstrate the social justice Methodists seek for their communities;  and an ethos which is essentially pragmatic  (if it works do it),  liberal and inclusive.

Of course this Church and its people fall short of their own ideals;  and many of the merits of Methodism can be found in various other branches of the Christian Church as well as in faiths other than Christianity.   There are parts of the Methodist Church which have still to escape the attitudes and practices of the nineteenth or even the eighteenth century;  just as there are groups like the Wesleyan Methodists in New Zealand that want to turn back the clock;  but on the eve of the twenty-first century,  and the third millennium of the common era,  there is nowhere else many millions of Methodists would want to be.   Methodism carries forward through its people a precious contribution to the whole Christian Church and the social and spiritual life of the new world.   If I was asked to summarize that special contribution,  I would use words like 'common-sense',  'social action'  and  'freedom'.   These are not the usual and traditional moral values,  but they are values that seem increasingly important in a world characterized by irrationality,  social indifference,  and political and other forms of control.